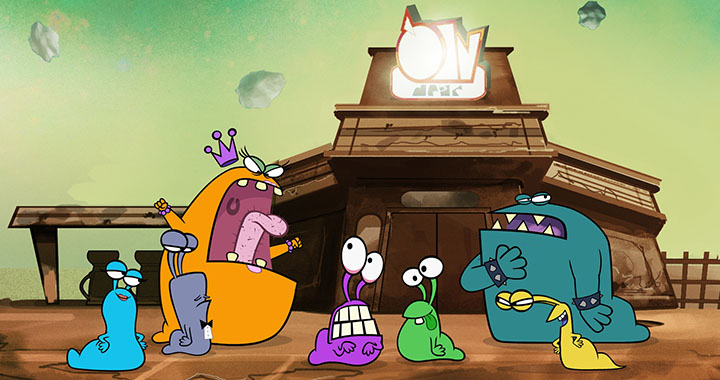 The latest & greatest animated extravaganza from Blue Rocket and Beyond. Fanshaw and Crudnut are naughty, childish and stupid slugs from outer space, and they’re on an intergalatic mission to boldly (apparently) go where no idiotic slug has ever been before.

I’ll be spending most of 2016 writing and producing music for 52 television episodes, plus a feature length telemovie. It’s all very much under wraps for now, but you can expect an extension of the themes in this teaser: