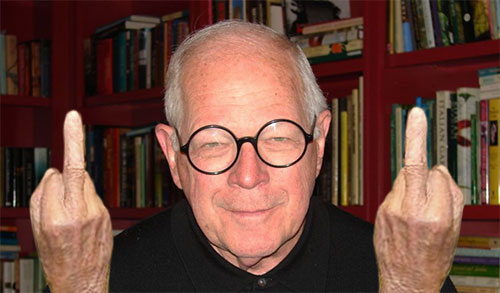 Disclaimer – Image may have been digitally altered

Leo Schofield has left the building. With his beloved baroque festival on the rocks, the “cultural advocate and arts champion on retainer”, as Bradley Trevor Grieve dubbed him over the weekend, has been spirited away to the safe, bogan-free haven of Potts Point with his middle finger held aloft behind him. Predictably, a social and traditional media frenzy ensued.

I don’t usually like to wade into these debates. But after reading Schofield’s “churlish, gauche and unforgivably small” (Trevor Grieve again) criticisms of Tasmania in Mark Dapin’s April 4 Sydney Morning Herald article I felt compelled to respond in some way. It’s probably not necessary – Schofield’s bitterness appears to be self-evidently based on his own issues rather than objective assessment of the facts, but even still, his voice is an influential one. And I simply don’t recognise myself, my friends, family, or colleagues in his account of the Tasmanian people. I’ve been active in the creative arena in Tasmania for a couple of decades now, and I’d like to offer my own experience & ideas as a counterpoint to some of his assertions.

“Tasmanians don’t give a flying f— about their buildings, on the whole, any more than they did about their natural environment. Their two greatest assets are the natural and the built environment, and both of these are in the process of destruction by a bunch of bogans”

The home I share with my wife & several animals is on a 5-acre block which backs onto forest. Out the front door are rich rolling hills & currawongs destroying our fruit trees. 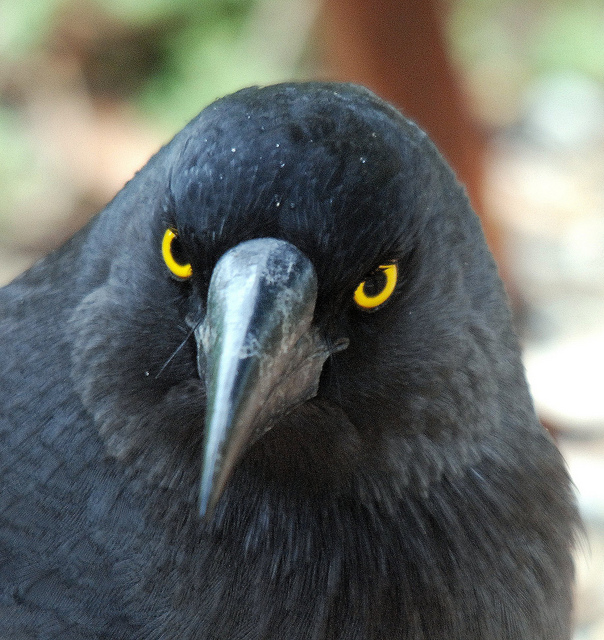 Out the back, less than one minute after opening the door I can be taking a stroll through a eucalyptus forest. Then with only half an hour’s drive I can be in the centre of Hobart – one of the country’s most historic and picturesque cities. When I’m amongst those streets, my eyes often drift up from street level, above the modern shop-frontages to admire the historic facades. Some of them are barely changed from their heyday, with even some early 20th century signage still intact. Compared to the constantly-growing glass towers of the larger cities, I find Hobart’s streets far more evocative of our colonial past – it’s easy to cast the mind back and imagine what it might have been like in centuries gone by. Take a wander through Battery Point, through Salamanca Place and then across to Hunter Street and tell me again that we don’t place any value in our heritage buildings.

Between the natural and human-made environments, seldom a day goes past where I don’t at least momentarily feel thankful for the happenstance that I was born and raised in such a remarkable part of the world. And if my enthusiasm does happen to slip, it only takes a trip to Melbourne, Sydney or Brisbane to remind me of what we have here. 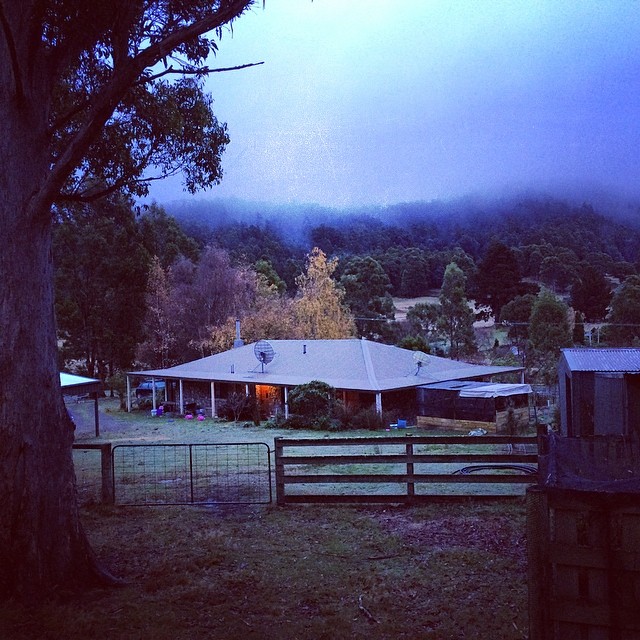 “All the young people leave, and the only ones left are the dregs, the bogans, the third-generation morons”

I suppose I must concede at least a kernel of truth behind Schofield’s claim that “all the young people leave” – certainly in some industries it is more difficult to find work here than in the population hubs of Sydney and Melbourne, and I know several people who have made that choice. But to dismiss the remainder so broadly is wildly over-simplistic, and does a profound disservice to the many people who choose to remain & contribute.

I’ve contributed a bit myself. I’ve composed and performed music for a childrens’ televisions series, and I start another one later in the year. I’ve done sound design for four more such series, a couple of acclaimed, nationally broadcast documentaries, and a handful of short films, one of which I also picture-edited. Via two painstakingly composed, performed & recorded albums, my band’s music has reached and garnered fans from every populated continent on the earth. I suspect Leo Schofield would look down his nose at our music, but the group comprises some wonderful, articulate, talented people who take an immense pride in their craft.

Speaking of such people, I’m no cultural locus, but even skimming down my relatively meagre contact list I find no shortage of artists & crafstpeople who have made, and continue to make consistent, valuable contributions to the state’s cultural makeup. The animation company director who writes hilarious, memorable characters & employs a host of Tasmanian creatives. The media composer who provides the musical and emotional underpinning for dozens of films and plays. The actor & teacher who mentors aspiring performers and has had great success getting them auditions & placements. And on and on. Actors, directors, writers, musicians, designers, architects, animators, teachers, entrepreneurs… hundreds of people just in my small circle alone. All of them actively contributing to a remarkably vibrant, buzzing cultural scene. Not just bringing in already-lauded foreign culture, and propping it up in front of us. 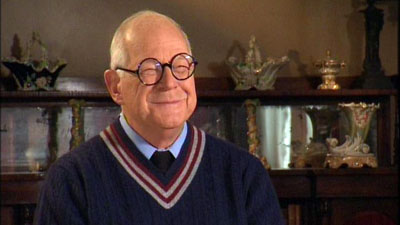 “You all know that thing that’s several hundred years old that everyone already agrees is really rather good? Well here it is again, performed by a Russian! No no you’re too kind oh I couldn’t possibly.”

“They’d never had that (A Helpmann Award) for a Tasmanian event,” says Schofield, “except for a puppet theatre.”

Lovely. The state has never received a Helpmann Award for a “proper” show – just some silly puppet theatre. The organisation he’s blithely dismissing here is the Terrapin Puppet Theatre – a professional theatrical company in their fourth decade of fostering local talent and entertaining thousands upon thousands of people.

Terrapin has been granted some state funding for 2015 – about half what Hobart Baroque were offered and turned down. And I’ll proselytise a little here – I would much rather see government funding used to encourage and foster local talent and the production of new artistic work. The last Hobart Baroque largely comprised overseas headliners performing (by definition) works by long-dead 17th & early 18th century European composers. The opening night of the second (and final) Hobart Baroque was a presentation of Handel’s 1733 opera series Orlando. 281 years after it was written for the King’s Theatre in London. Once again, that’s fine – I’m personally more of a classical-romantic era guy myself (in so far as my tastes intersect with orchestral music) but I can appreciate a good baroque opera as much as the next guy. But imagine if the King’s Theatre back in the 1730s had been concerning itself with music that was nearly 300 years old, rather than getting composers like Handel to produce new works? That would take us back to the mid 1400s. Just a hair outside the medieval era. I hope you like the lute. 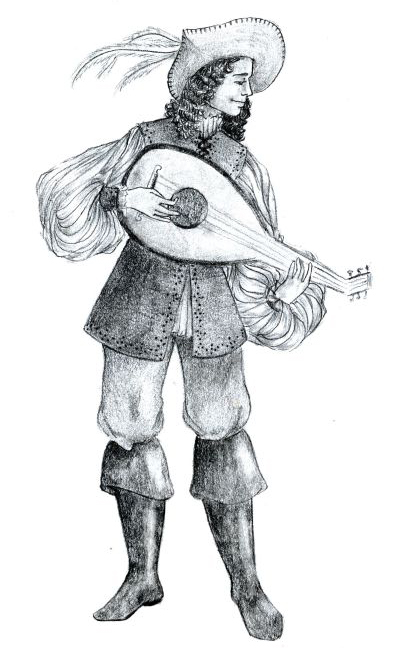 At the end of the day, my feeling is that fostering and promoting new work is the better way to cement our state as a creative cultural destination. Giving Tasmania’s abundant talent the opportunities to move out into the world and become the heavyweights of tomorrow.

Going back to Handel’s era, there probably were people in 18th century London putting on nostalgic retrospectives of 14th century medieval & renaissance music, but can you name one? We remember Bach, Handel, Vivaldi etc. because they were moving forward – breaking moulds & pushing boundaries. 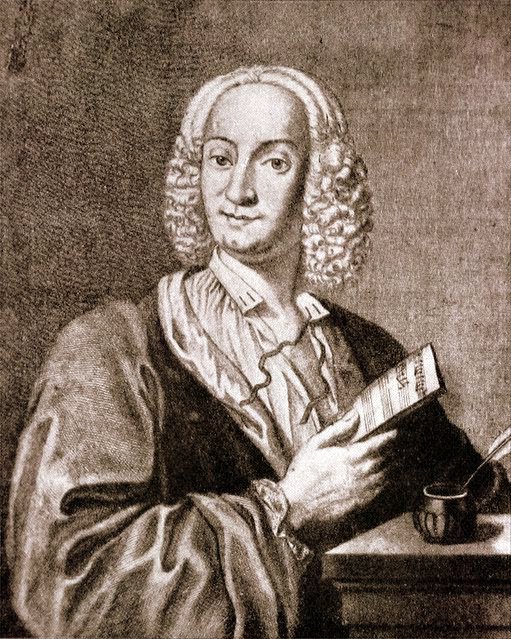 “You heard me – FOUR seasons. Deal with it, bitches.”

“I was drinking, I was taking a lot of tablets, and stupidly driving when I was in no condition to drive. I was suffering from acute depression.”

Here’s where I’ll draw my diatribe to a close. I can’t condone his driving under the influence, but I do truly hope that Leo Schofield can find some respite from his depression – it’s a disease has touched my life on occasion and I would not wish it on anyone. I’d like to believe that he’s not being deliberately vindictive or spiteful – he’s just injured and lashing out. And perhaps when he is recovered and able to look back on these events with some perspective, he’ll feel some remorse for the things that he said this past week.

But now that he’s gone, I’d like to think we can use this incident as an opportunity to more firmly embrace our own contributions to the cultural fabric.

There’s a lot of opportunity out there.